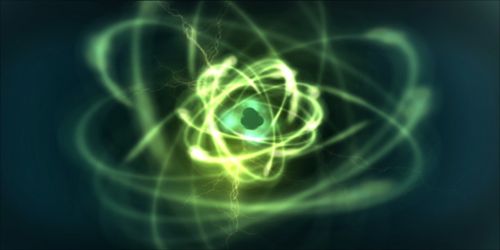 This is called the Einstein’s mass-energy equivalent lass.

Suppose the mass of a substance is 1 kg. If this substance can be converted into energy, then the available energy will be, E = 1 x (3 x 108)2 = 9 x 1016 J. Because of this intrinsic proportionality between mass and energy, mass and energy of matter are equivalent and they are two different forms of the same material.

By disintegrating a nucleus of by combining two light nuclei into one enormous energy is available. Atomic energy may include:

The name of this energy is nuclear energy. But apparently, it is called atomic energy. Energy can be produced from an atom by two processes. These are (1) Nuclear fission and (2) Nuclear fusion.