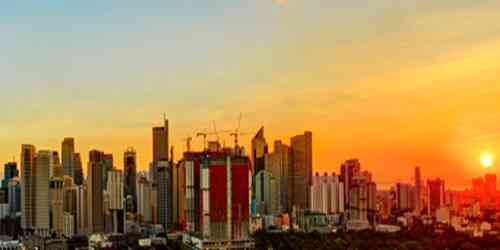 Characteristics of the Chamber of Commerce

The Chamber of Commerce is formed by several business people to the target goal achievement and which is the non-commercial organization. There are some characteristics of the chamber of commerce as the co-operative organization to the overall trade and the investment toward the making of strong business background. It is a form of business network, e.g., a local organization of businesses whose goal is to further the interests of businesses. Business owners in towns and cities form these local societies to advocate on behalf of the business community.

The main features of the chamber of commerce are described below: Chambers of Commerce perform a number of useful functions in promoting the interests of the business community.

People become their members at their own will. It is not compulsory rather the voluntary membership. If any member makes fault then the membership may be restricted temporarily or permanently. Maintenance of information and statistical bureaus in order to provide necessary information to its members.

The members arc various industrialists, lawyers, bankers, auditors, insurers, etc. They come from various organizations. Some are also rivals to each other. So, these are a variety of members.

The Chamber of commerce works for the general welfare of the members and helping the trade and industries of its area and not for any commercial benefit or profit. Organizing industrial fairs and trade exhibitions to create awareness among buyers and promote members businesses.

Requesting the government for any new legislation to promote trade and commerce. For example Chambers of Commerce have been representing to the government the need for an exit policy (freedom to close down unviable businesses).

Chamber of commerce is formed as a liability limited by guarantee, a joint capital company under Company Act-1994 of that country.

The chamber of commerce does not interfere with the internal management and administration of the organizations owned by the members. It only helps in carrying out the business properly and provides guidance.

In most of the countries such as Bangladesh. India, UK, USA, etc. the chamber of commerce is private. But in some countries, it is formed by the Government as in France.

Organizing lectures, seminars and workshops for the benefit of its members. For example Chambers of Commerce conduct meetings and workshops after the Union Budget is presented to make members aware of the changes in tax provisions. Discussions with the Finance Minister may also be organized to enable members clear their doubts, air their grievances and make suggestions.

Chamber of Commerce is formed for the purpose of protecting and promoting the interests of business and the business community. The membership comprises of those connected with business such as merchants, bankers, brokers, industrialists, professionals, and financiers.