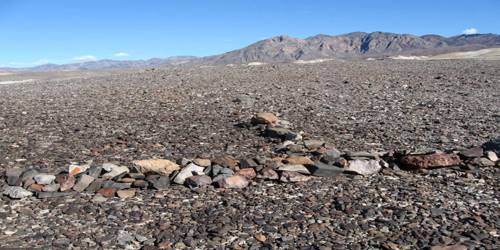 Desert Pavement: A veneer of coarse particles left on the ground after the erosion of finer particles by wind. It forms on the plane or gently sloping desert flats, fans, or bajadas and lake and river terraces dating to the Pleistocene Epoch (2.6 million to 11,700 years ago).

There are three established theory explanations for bringing stones to the surface, plus a much newer one claiming that the stones started out at the surface. 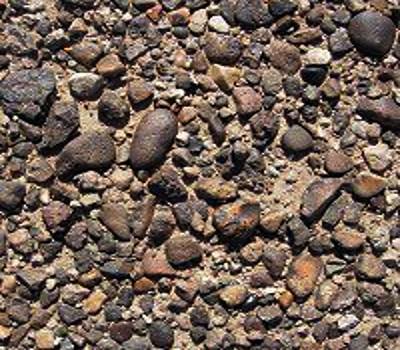 The first theory is that the desert pavement is a insulate deposit, made of rocks left behind after the wind blew gone all the fine-grained substance. (Wind-blown erosion is called deflation.) This is obviously so in numerous places, but in many other places, a thin crust created by minerals or soil organisms binds the surface jointly.

The second explanation relies on moving water, throughout the irregular rains, to winnow out the fine substance. Once the finest substance is splashed loose by raindrops, a thin layer of precipitation, or sheet flow, sweeps it absent competently. Of course, mutually wind and water could work on the similar surface at dissimilar times.

The third theory is that processes in the soil move stones to the top. Frequent cycles of wetting and ventilation have been shown to do that. Two other soil processes engage the development of ice crystals in the soil (ice drag) and salt crystals (salty drag) in places with the accurate warmth.