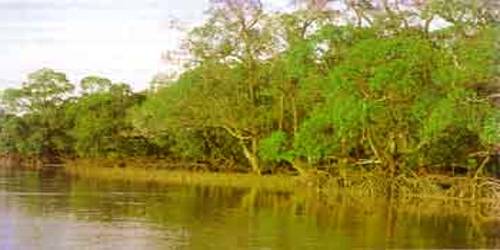 A Biosphere Reserve is a unique and representative ecosystem of terrestrial and coastal areas which are internationally recognized within the framework of UNESCO’s Man and Biosphere (MAB) Program. They are globally familiar, selected by national governments and stay under the independent authority of the states where they are located.

It is located in the swampy delta of the river Ganga in West Bengal. It extends over a vast area of 9,630 sq. km and consists of mangrove forests, swamps, and forested islands. Sunderbans is the home of nearly 200 Royal Bengal tigers. Sundarban Tiger Reserve was formed by a Govt Order in 1973, under the “Project Tiger” plan of MOEF, GOI. It is part of the Sundarban Biosphere Reserve and has a whole Reserve Forest area of 2585 sq km. 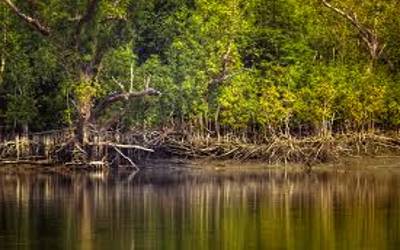 The tangled mass of roots of mangrove trees provides safe homes for a large number of species, from fish to shrimp. More than 170 birds species are known to inhabit these mangrove forests.

Adapting itself to the saline and freshwater environment, the Tigers at the park are good swimmers, and they hunt scarce preys such as chital deer, barking deer, wild pig, and even macaques. In the Sunderbans, the mangrove forests are characterized by Heritiera fomes, a species valued for its timber.