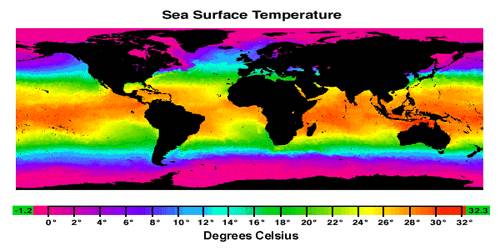 The temperature of Ocean Waters

The temperature of ocean water varies by location – both in terms of latitude and from top to bottom, due to variations in solar radiation and the physical properties of water. Ocean waters get heated up by the solar energy just as land. The process of heating and cooling of the oceanic water is slower than land. 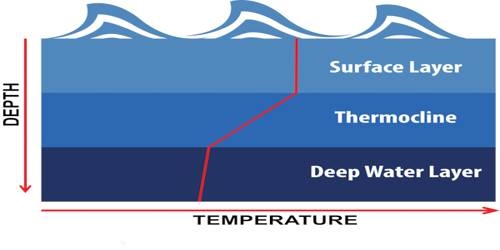 The factors which affect the distribution of temperature of ocean water are:

(i) Latitude: the temperature of surface water decreases from the equator towards the poles because the amount of insolation decreases poleward.

(iii) Prevailing wind: the winds blowing from the land towards the oceans drive warm surface water away from the coast resulting in the upwelling of cold water from below. It results in the longitudinal variation in the temperature. Contrary to this, the onshore winds pile up warm water near the coast and this raises the temperature.