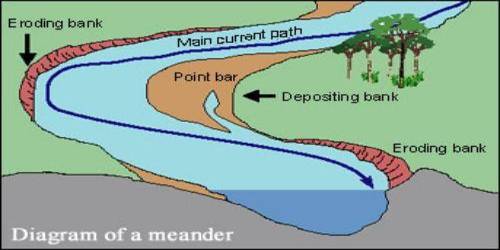 Meander is not a landform but is only a type of channel pattern. This is because of 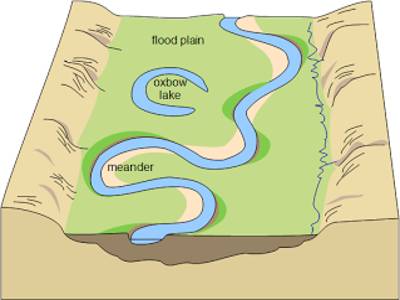 When the gradient of the channel becomes extremely low, water flows leisurely and starts working laterally. Slight irregularities along the banks slowly get transformed into a small curvature in the banks; the curvature deepens due to deposition on the inside of the curve and erosion along the bank on the outside. If there is no deposition and no erosion or undercutting, the tendency to meander is reduced. Normally, in meanders of large rivers, there is active deposition along the convex bank and undercutting along the concave bank.

The concave bank is known as a cut-off bank which shows up as a steep scarp and the convex bank presents a long, gentle profile and is known as the slip-off bank. As meanders grow into deep loops, the same may get cut-off due to erosion at the inflection points and am left as ax-bow lakes.

Surface Pressure and Winds in the Winter Season