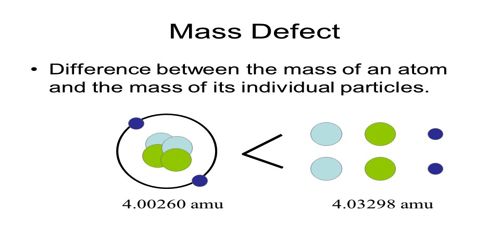 But, the mass of the permanent nucleus is found to be less than the combined mass of the constituent elements. This difference of the mass is called a mass defect.

It is generally expressed by Δm,