Home Business Externalities can affect evaluation of a Project – Explanation 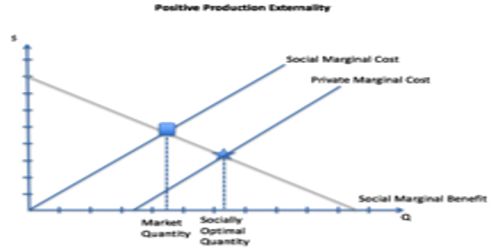 Externalities: The side effect on an individual or entity due to the actions of another individual or entity. For example, the production of energy in a nuclear power plant benefits the owners of the power plant but creates externalities in the form of radioactive waste for the environment and its inhabitants. The term ‘externality’ refers to the fact that the effect in question is external to the market.

An externality occurs when somebody who is not directly involved in a transaction incurs a cost or enjoys a benefit as a result of that transaction. Externalities are a loss or gain in the welfare of one party resulting from an activity, of another party, without there being any compensation for the losing party. Externalities are an important consideration in the cost-benefit analysis. An externality can be either positive or negative.

Example: Pollution emitted by a factory that spoils the surrounding environment and affects the health of nearby residents is an example of a negative externality. An example of a positive externality is the effect of a well-educated labor force on the productivity of a company.

Differentiate between Yield to Maturity (YTM) and Yield to Call (YTC)

Why Capital Budgeting decisions so important to success of a firm?