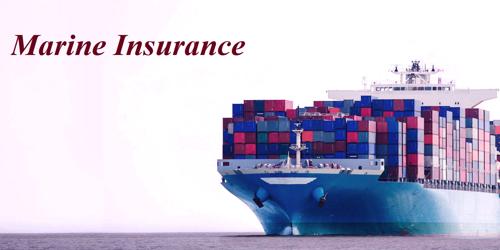 The policy of marine insurance contains the following clauses:

(i) Lot or Not Lot – This clause protects the insured, Which in good faith insures goods which are on a ship Which has left a foreign port, in case they were destroyed unknown to him before he affected the policy. In this case, both the injured as well as the insurer ought not to have been: aware of the loss of the goods or the steamer at the time of the insurance.

If the insured knew of the loss and did not inform the insurer at the time of effecting insurance the policy would be void.

(ii) Name of the Ship and Master – Here is given the name of the ship and the master for the voyage which is insured.

(iii) Valuation Clause – This clause states the actual value of the goods as agreed upon between the underwriter and the insured in the case of a valued policy, and in the case of an open policy a bland is left after the words, “and shall be valued at…”

(iv) The Parties – All persons competent to contract may be parties to the policy of insurance. A policy may be underwritten or undertaken either by an insurance company or an individual underwriter as is the case with Lloyd’s in England.

The expression for and in the name of all and every other person or persons, etc., protects all persons who have an insurable interest at the time of effecting the policy or who acquired insurable interest during the continuation of the risk.

(v) Description of the Voyage or Duration of the Risk – This clause begins with the works “at and from” and in the blank left in the policy is inserted the description of the voyage intended to be insured. The risk begins from the place at which the steamer is at the time of insurance and ends when she arrives at a port of destination.

(vi) Sea Perils Insured Against, or the Perils of the Sea – These perils include in detail all the perils against which the insured is protected. This clause in Lloyd’s embraces almost all the sea perils including “periods of the seas, men-of-war, fire, pirates, rovers, thieves, jettisons, arrests restraints and detention of all kings, princes and people, and mariners and of all other perils, losses, and misfortunes that have or shall come to the hurt, detriment, or damage of the sail goods or merchandise and the ship.”

(vii) Receipt of Premium and the Rate Charge – The receipt of premium and the rate charged are stated in this clause. Premium is the consideration paid by the insured to the underwriter for undertaking to indemnify him against the loss as per the terms of the policy. The form of Lloyd’s policy clearly uses the words, ‘confessing ourselves paid the consideration due…’ as if the premium had already been paid to the underwriter, at the time the policy was affected. In practice, however, the premium in London on Lloyd’s is not paid by the broker at the time of effecting the policy. The practice there is to pass the amount in an account between the insurance broker and the underwriter.

(viii) Sea Perils Insured Against, or the Perils of the Sea – These perils include in detail all the perils against which the insured is protected. This clause in Lloyd’s embraces almost all the sea perils including ‘perils of the seas, men-of-war, fire, pirates, rovers, thieves, jettisons, arrests, restraints and detention of all kings, princes and people, barratry of masters and mariners and of all other perils, losses, and misfortunes that have or shall come to the hurt, detriment, or damage of the said goods or merchandise and the ship.’

(ix) Memorandum – The commodities which are the subject matter of marine insurance comprise various articles which are liable to undergo deterioration or damage to a greater` or lesser extent according to their peculiar nature.

Some of these commodities may even perish or be damaged through detention or delay. To avoid, therefore, claims arising through the inherent vice in the nature of such commodities, almost every policy of insurance includes a clause or memorandum.

(x) Waiver Clause – This is in fact continuation of the ‘sue and labour’ clause because it lays down that “no acts of the assurer or assured in recovering, saving or preserving the property insured, shall be considered as a waiver or acceptance of abandonment.” This clause is nowadays found in almost all public policies of Lloyds’s.

(xi) Sue and Labor Clause – Under this clause it is specifically provided that jet shall be lawful to the assured, his factors, agents and assigns to do all in their power to defend the Property insured in case of damage or loss; and in return in the underwriter agrees that the insured’s rights to his insurance claim are not in any way prejudiced; and that all the expense though, lawful in such prejudiced; and that all the expenses though lawful in such attempt shall, save costs against the damage insured, be made good by the underwriter.

Effect upon Contract for Outbreak of War

Limitations on the scope of Insurance