Home Biology The Structure and Functions of Stomata 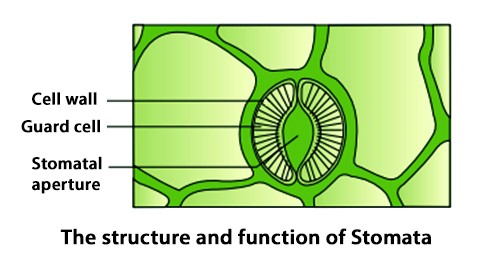 Stomata: Some minute pores which are usually, found in leaf for the exchange of gas and transpiration are known as stomata (singular stoma).

Stomata are found on the leaves of plants. They can either be present on either the sides or just on one side of the leaf. They are essential for a plant’s life functions because they allocate carbon-containing carbon dioxide gas to enter the plant’s tissues. The stomata might occur on any part of a plant except the roots.

Stomata open and close to allow the intake of carbon dioxide and the discharge of oxygen. It’s very vital that they do this because this is the very oxygen that we ourselves need to respire!

i) Stomata are present in the green pan of leaf stem, green sepals and a green outer layer of the flower. 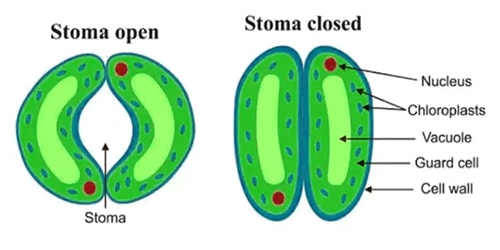 Transpiration is a procedure of evaporation of water from the surface of the plant. This is done through the stomata openings. This helps the plant to get cool and also helps in the convey of minerals and other materials to different parts of the plant.

Difference between Mitosis and Meiosis

Formation of Tissues and Organs