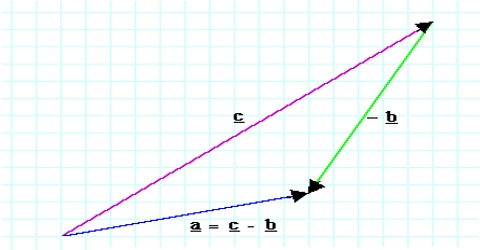 Law of components of vector subtraction:

If OX, OY, OZ are three axes in three dimensional coordinate system, coordinates of the position vector Rx is (Ax, Ay, Az) and its components along X, Yand Z axes are Axî, Ayĵ and Azƙ; then 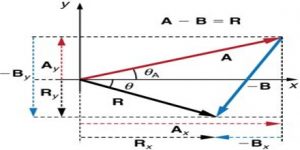 The two vectors A and B can be written in resolved components as;

So, Modules of the resultant is,

In two dimensional cases, quantities associated with the components î and ĵ will remain.

Representation of Vector by Unit Vector or with Components

Law of Polygon in Geometrical Addition of Vector Quantities