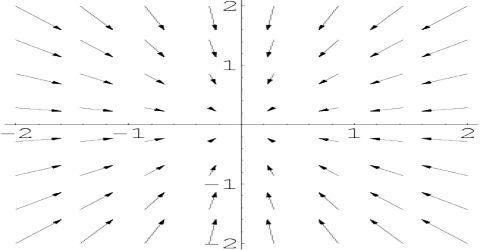 The divergence is an operator, which takes in the vector-valued function defining this vector field, and outputs a scalar-valued function measuring the change in density of the fluid at each point. Let in three-dimensional space, the position vector of a vector field of the region R be,

Divergence is expressed as, ∆→ V→ or div.V→. Mathematically it can be written as; 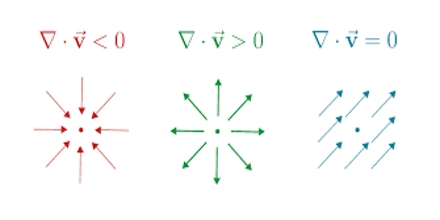 (ii) If the value is positive, then value of the fluid increases density decreases.

(iii) If the value is negative, the volume shrinks, density increases,

(iv) If the value is zero, then incoming and outgoing flux becomes equal.

(v) If the divergence of a quantity becomes zero, i.e., . V = 0, then that vector held is called solenoid.