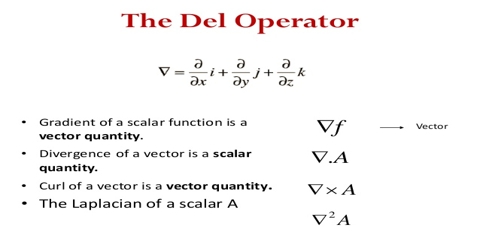 Operator is an English term. It is a mathematical symbol or index. It has no value of its own. For example: square, cube, root, sine, log, etc. But when they act on or be associated with other quantities then they carry fixed values.

Definition: The mathematical symbol or index by which one quantity can be transformed into another quantity or can explain a variable quantity, then it is called an operator.

Law of Components of Vector Subtraction

General Rule for Differentiation of a Scalar Quantity