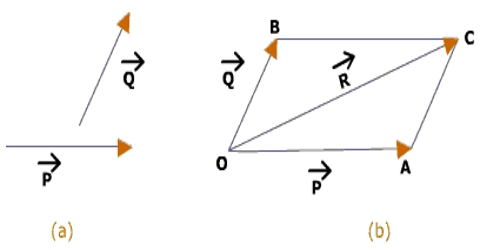 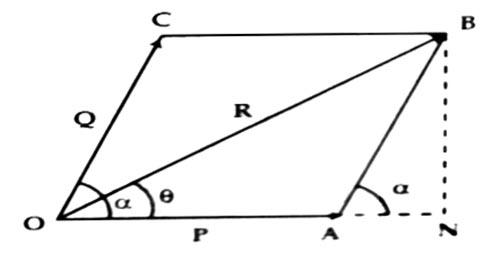 Explanation: Let two vectors P and Q act simultaneously on a particle O at an angle α. Suppose, two vectors OA = P and OC = Q are acting at the same time at point O of a particle at an angle α (Fig.). Taking OA and OC as adjacent sides let us draw a parallelogram OABC and connect OB.

Now, according to the parallelogram law, the diagonal OB drawn from the tail-points of P and Q represents the resultant vector R;