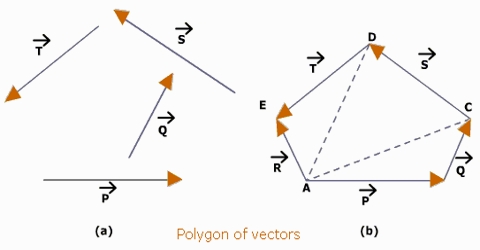 This law states that if a vector polygon he drawn, placing the tail-end of each succeeding vector at the head or arrow-end of the preceding one, their resultant is drawn from the tail-end of the first to the head- or arrow-end of the last. If a number of vectors can be represented both in magnitude and direction by the sides of an open convex polygon taken in the same order, then the resultant is represented totally in magnitude and direction by the closing side of the polygon, taken in the opposite order. 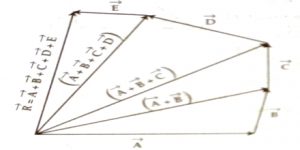 Representation of Vector by Unit Vector or with Components