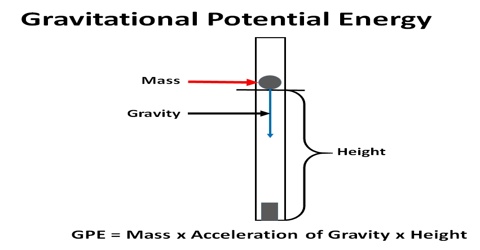 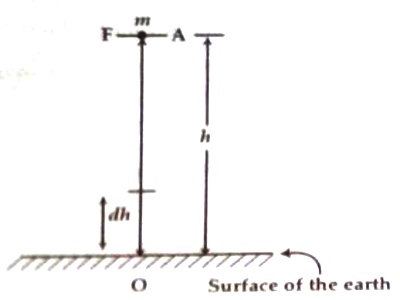 Let an object of mass m be raised above the surface of the earth to a height ‘dh’ against the force due to gravity.

Work done due to this is,

Here, F = force applied by external source, and dh = vertical height. The angle between F and dh is zero.

In order to raise a body above, a vertical force equal to the weight of the body is to be applied.

So, total work done in raising the body to a height h at position A [Figure] is the summation of the small work done as an equation (1).

Then, Gravitational potential energy = total work done in raising the body to the height h above the ground

For small height g is constant (assumed) and we can write, 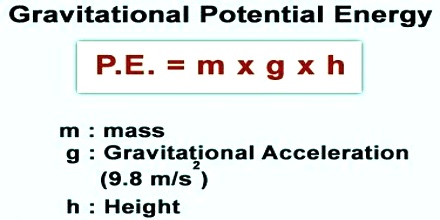