Home Physics What is Potential Energy?

What will happen when the two ends of a spring are stretched and tied to two objects and then released? The objects will move fast and collide with each other. The stretched spring was at rest but the potential energy was there in it. If it is released it may work. The energy was stored in the stretched spring because it was strained.

Take a pulley and place a rope around it. Tie a heavy object A with its one end and a light object B with the other end. Such that, A remains above the ground but B remains on the ground [Fig: 1]. Remove your hand. 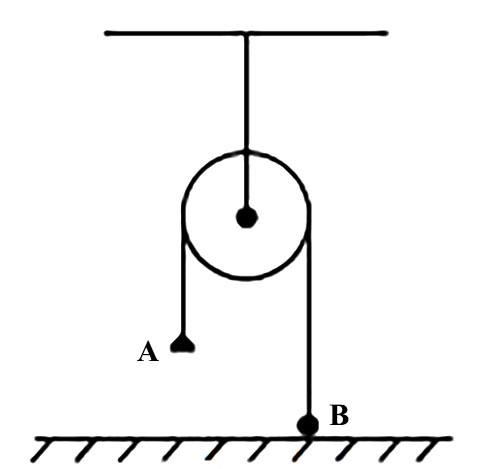 What did you see? The object A goes down and object B goes up. The potential energy was stored in the object A as it was above the ground from its normal position and gained the ability to work. It can work till it reaches the ground that is it can raise the object B.

Take a spring and tie its one end with a strong support and a block to its other end. Place them on a smooth surface. Now apply force to the block and contract the spring and keep another object in front of the block [Fig: 2] then remove your hand. 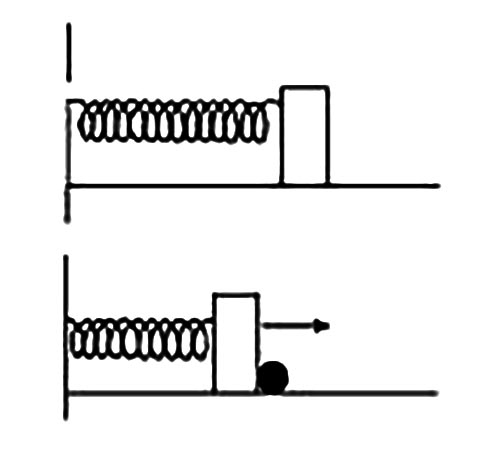 Why did the object move fast? Spring could work while regaining its original ennfionratinn and wac able to Aicnlare the nther brick/ Thic ability of spring to work for the change of its normal configuration is its potential energy. If some work is done against the force at the time of changing from normal position or configuration to some other position or configuration then the body obtains the capacity of doing work that is the same amount of energy is stored in it. This principle is applicable within the sphere of influence of conservative force such as electric force, magnetic force, spring force etc. This sphere of influence is called the field of that force such as gravitational field, electric field etc. We work against the force of gravity when we lift anything higher from the ground. As a result, the object obtains some amount of potential energy. It can perform the same amount of work when it falls on the ground. 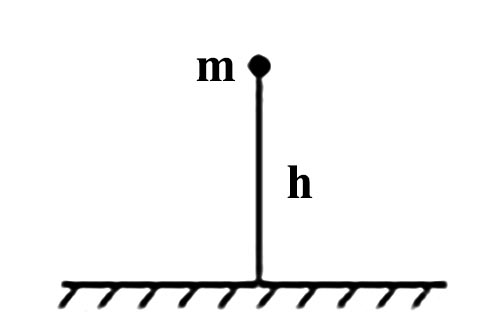 If a body of mass m is raised to a height h (fig: 3) above the surface of the earth, the work done in such a process is a measure of potential energy stored in the body. In this case, the work done is the product of the applied gravitational force i.e. the weight of the body and the vertical height.

Derivation of Equation for Kinetic Energy

Work done by a Constant Force

What is Mechanical Equilibrium?