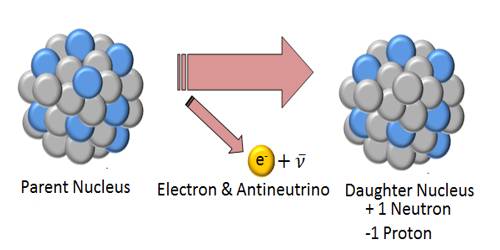 If a glass rod is rubbed by a silk, then the glass rod becomes positively charged and the silk becomes negatively charged. It is natural to think that in glass rod positive charges and in silk negative charges have been generated. Actually, this is not so. Total charge in glass rod and in silk remains same. Only electrons have been transferred from glass rod to the silk due to friction, consequently, due to excess positive charge in glass rod it has become positive and due to excess electrons in silk it has become negative. That means due to friction no new charge is generated, rather a transfer of charges takes place from one body to another body. Total charge in the universe always remains same. The conservation of charge simply states that electric charge can neither be created nor destroyed. In other words, if an object (or part of an object) gains charge, another object (or part of an object) must lose charge. For example, if you rub a comb through your hair, it will become negatively charged.

From this discussion it is clear that charges are neither created nor destroyed; only some electrons can be transferred from one body to another body. So, if anybody is charged with any charges, somewhere same amount of opposite charge will appear. This was known long before the discovery of electrons and protons. Creation or destruction of a positive or negative charge is never possible. Simultaneous creation or destruction of both Positive and negative charges occur. It is called the conservation of charges.img class=