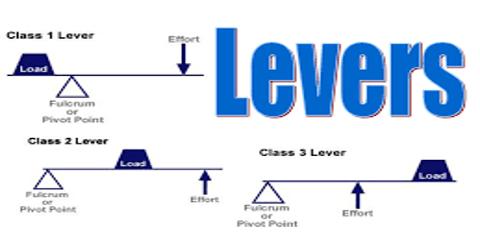 A lever is one of the most common tools we use to help us lift things beyond our strength limit. The levers can be classified into three types on the basis of applied force, load and pivot.

Class I lever: In this case the position of the pivot is in the middle of applied force and the load. For example: scissors, forceps, balance, handle of tube-well, watering-can, husking pedal, etc.

Class II lever: In this case the load remains in the middle and the position of the applied force and the pivot are on the two edges. For example, nut-cracker, one wheeled push cart, bottle openers, etc.

Class III lever: In this case, the applied force is effective in the middle. The load and pivot remain on the two edges. For example: pincers. Now we will see how we can do work easily with scissors, nut-cracker and pincer. 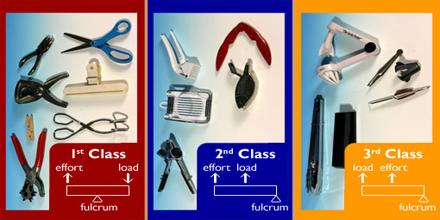 Firstly: At the time of cutting something (says cloth) by scissors it will be much easier to cut the thing placing closer to the pivot. Basically, in this case the mechanical’ efficiency is increased by trying to decrease the length of the load-arm.

Determination of Correct Value of the Measurable Quantity