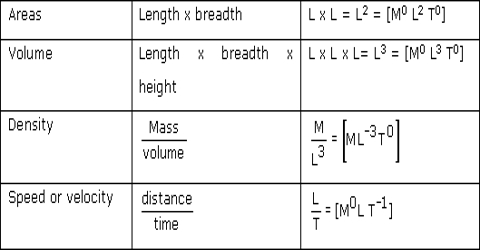 Definition of dimension of any quantity may be given by any one of the following:

(2) Dimension of any physical quantity establishes the relation between that quantity and its fundamental unit.

(3) In order to form a derived unit power through which the fundamental unit is raised, that power is called the dimension of the derived unit.

Determination of Mass of a Body by the method of Oscillation

Accurate Digit in the Experimental Result