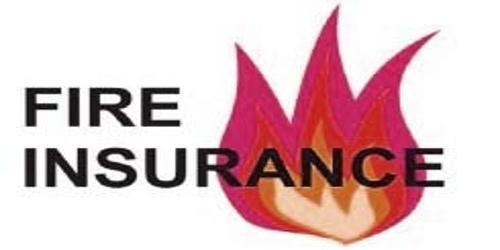 There may be various types of fire policies. The principal types are described below:

A specific policy one under which the liability of the insurer is limited to a specified sum which is less than the value of a property.

Where a property is insured for a sum which is less than its value, the policy may contain a clause that the insurer shall not be liable to pay the full loss but only that proportion of the loss which the amount insured for bears to the full value of the property. Such a clause is called the average clause and policies containing an average clause are called average policies. The phrase “subject to average” is equivalent to the insertion of an average clause. “Lloyd’s Fire Policies are usually expressed to be “subject to average”.

When one policy covers property situated in different places it is called a floating policy. Floating policies are always subject to an average clause.

A single policy may cover losses due to a variety of cases, e.g. fire together with burglary, third party losses, etc. A fire policy may include loss of profits, i.e. the insurer may undertake to indemnify the policyholder not only for the loss caused by fire but also for the loss of profits for the period during which the establishment concerned is kept closed owing to the fire.

Important factors to be considered while marketing insurance products