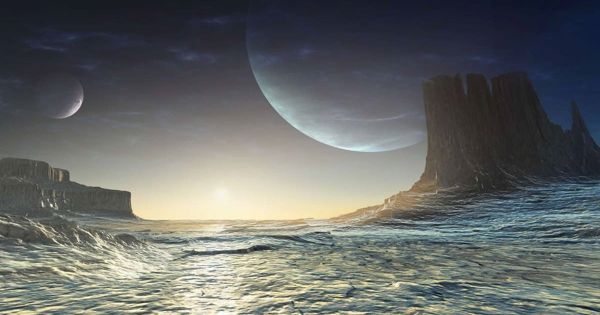 A team of researchers at the University of Pennsylvania are trying to find out if we can bring robots made of ice to another world, reports IEEE Spectrum. The aim is to build a robot architecture that can use local infrastructure to restore itself if it ever breaks down.

Scientists have addressed the issue of electricity reasonably well—relying on solar power, which is available nearly anywhere. After all, wheels and other critical aspects of planetary robots do not expand with solar power. But wheels—along with other structural parts—can be made from another material common in our solar system: ice.

In the future, robots made of ice could self-build and -repair structural components fairly easily. Ice is all over the solar system, and exploration robots could use it as a structural material.

As outlined in a recent paper presented at the IEEE/RSJ International Conference on Intelligent Robotics and Structures, the researchers looked at a number of ways to make robots out of ice using both additive and subtractive manufacturing methods. 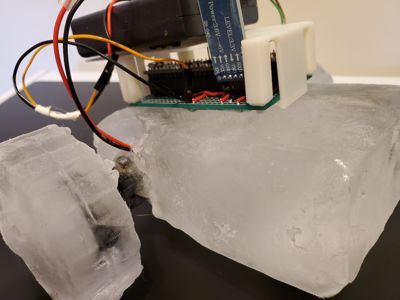 The aim is to build a proof of the idea of an ice robot capable of “self-configuration, self-replication, and self-repair.”

The researchers used standard actuators and batteries in their experiments, with only large structural elements made of ice. The concept is for such ice robots to work in conditions where the ambient temperature is cool enough not to destabilize the solid structure, but still cold enough to compensate for the internal heat of the robot itself (so that it does not meet its own frozen body).

Their fascinating paper explores various ways of producing robotic ice structural components with the use of additive and subtractive manufacturing techniques, with the goal of creating a test-of-concept for robotics capable of demonstrating “self-configuration, self-replication, and self-repair.” Obviously, components such as actuators and batteries must also be made up of traditional material.

The team is not only investigating the idea of robotics being sent out into outer space, because identical robots may also be used to perform experiments in the Antarctic. “Climate change has a lot of people interested in Antarctic and ice sheets, while NASA and other space exploration groups are looking for ice and water stars,” said UPenn robotics researcher and lead author Devin Carroll to IEEE Spectrum.

Carroll argued that “if we could build an ice robot, it might be used to help explore icy planets for life and data collection.” It is necessary to reiterate how much work remains before IceBot can attain the kind of self-configuration,-repair, and-replication capabilities needed for interplanetary exploration. Before then, we’re going to have to settle for future missions like Perseverance and others in the 2020s.

Ice is an incredibly malleable substance that could be used to great benefit in dangerous conditions where intrepid robots execute experiments and observe alien worlds. We all remember, of course, what happened to Frosty the Snowman when the sun was hot that day.