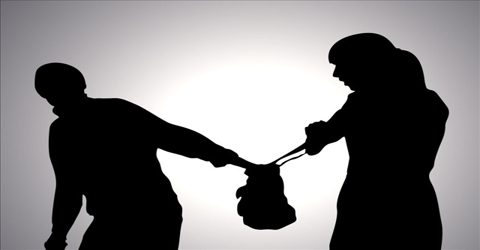 Snatching means attempt to seize something suddenly. Snatching refers to snatching away money or ornaments or valuable things from passers-by and passengers by using force or at gun point. Every day we find the news of many snatching in all the dailies of our country. It seems that the snatchers are the monarchs of all they survey. So it has become very risky to move alone in the road. If the snatchers do not find anything valuable with the person they attack, he or she is either stabbed or killed.

They use knives, bombs, guns or any kind of weapon. Though the victim cries for help, the nearby people or the police force do not go forward to help the victims. If the snatching; face any kind of trouble they explode bombs or shoot, create panic and disperse people and safely they make their way after snatching. There are many reasons behind snatching. Firstly socio-economic condition is the root cause of snatching. Again those who are addicted in gambling, drinking and drug taking do it to manage money for their addiction. Snatch theft is a criminal act, common in Southeast Asia, South America and Southern Europe, of forcefully stealing from a pedestrian’s person while employing rob-and-run tactics. It is typical for two thieves to work together and ride a moped to make theft and escape easier.

Cyborg Uses The Ear Of A Locust To Listen To Commands