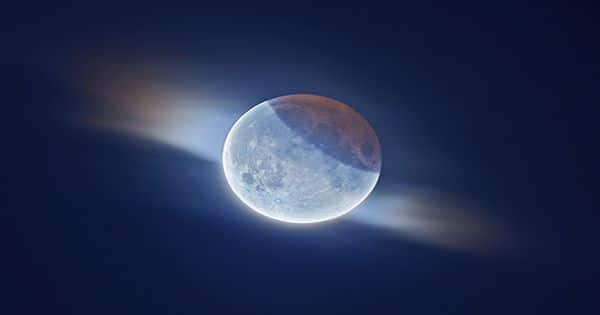 The winners of the Astronomy Photographer of the Year 13 competition have been announced, and they are magnificent. You’ll be transported off-planet and amid the stars by a galaxy ring, lunar sunrise, and a chance meteor.

The top prize was awarded to photographer Shuchang Dong for his gorgeous and delicate “The Golden Ring” — an image taken in Tibet on June 21, 2020, of an annular solar eclipse.

“Perfection and simplicity are two qualities that might result in a winning image. The mystic ring is in tension with the square crop, and the hazy bluish sky complements the golden ring. In a statement provided to IFLSience, competition judge László Francsics commented, “A great masterpiece.” The Royal Observatory in Greenwich, London, hosted the competition this year, which received over 4,500 entries from 75 countries.

A beautiful view of the northern lights captured from the bridge of a ship by Third Officer Dmitrii Rybalka while on watch duty, beautiful dawn of Venus over the rocky horizon of the Moon captured by Nicolas Lefaudeux, and an incredible star trail captured by Deepal Ratnayaka during lockdown are among the other winning images.

The winning photographs in each category are listed below. Here are the photographs from the Runners-up and Highly-Commended categories. The show will launch on September 18 at the National Maritime Museum in London, UK, and will feature all of the pictures.

“Another Cloudy Day on Jupiter” – A new rendering of a Hubble Space Telescope image emphasizes the various clouds flowing across Jupiter’s atmosphere. “Celestial Fracture” – In this unique art project, spectacular photos from the Cassini mission are manipulated and grouped.

“Polar Lights Dance” – The green aurora near the Kara Strait is really breathtaking.

“The Milky Ring” – This amazing mosaic combines every visible part of the Milky Way, our galaxy, into a single image. The galactic bulge, the disk, a rogue Jupiter making an unexpected appearance, and two extra galaxies, the Large and Small Magellanic Clouds, were completed over two years and from China and New Zealand. “Beyond the Limb” — This will remind people of Earthrise, the famous Apollo 8 photograph, except it is Venus, not Earth, that is rising over the Moon.