Home Business Solution to the Problems of Import Trade 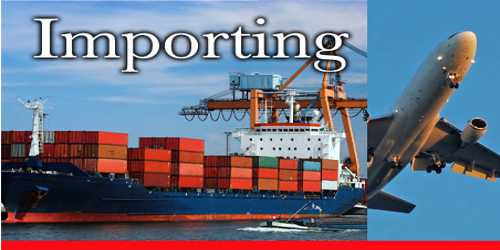 Solution to the Problems of Import Trade in Developing Countries

Economics of most Developing Countries is dependent on import. Not only the industrial goods but also agricultural goods are imported to fulfill the demand of the country. The trade balance is very high in Developing Countries. Import rate is very high than export. But import business has many problems. So some steps should be taken to solve these problems. These solutions are described below:

Import business needs a large amount of capital. So, experienced and honest person cannot enter the importing business. In this situation if the interest rate of bank loan and margin of letter of credit are reduced, experienced business men will come to this market. So importing environment showed be created.

Developing of Warehousing and distribution channel

In information system of Developing Countries is not very advanced. So, their importers are no able to collect information from the foreign market. If the importers could collect the information such as quantity and quality of products, price and others, they could import goods of the country which one is cheap. Then it might be possible to reduce the cost.

Most of the importers in Developing Countries are unaware of import business. They don’t know the rules and regulations about import. To change these situation importers should be given proper training and also be given idea about foreign market and products.

Some dishonest importers are involved in corruption. They are involved in expanding import, under invoicing etc. and many dishonest activities. To reduce these activities governmental honest as well as lawful activities and willingness are needed. By creaking corruption in import trade consumers can get the products easily and cheaply.

To increase the production of local products establishment of import substitute industries is a must. As a result rate of import will be reduced and trade of balance will be equal.

Decrease the dependence upon foreign ships

Most of the products of import are brought by foreign ships. As a result, importing products are late to come. So, Developing Countries government has to increase the number of ships and also decrease the dependence upon foreign ships.

If these steps are taken to reduce the problems of import trait, Developing Countries import trade must be improved and importer can import high quality products in cheap price. Then the cost will be reduced.