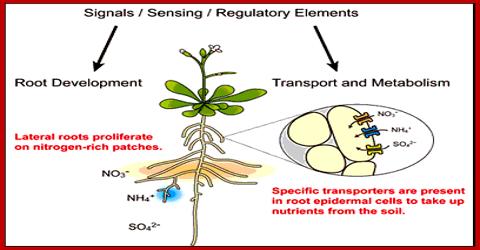 Theory of Lundegard in mineral absorption

Lundegard’s theory is also called the cytochrome pump theory. According to this theory, cytochrome is the career. According to this theory ion absorption, in fact, takes place through the cytochrome system. Lundegard opined that proton (H+) and electron (e–) are formed in the inner space due to the reaction of dehydrogenize. The electron comes out through the cytochrome chains and forms water with the combination of oxygen and proton (H+). As a result, the reduced ion becomes oxidized by losing an electron (e–) and receives an anion (A–).