Home Physics Theory of Relativity in Journey to Space 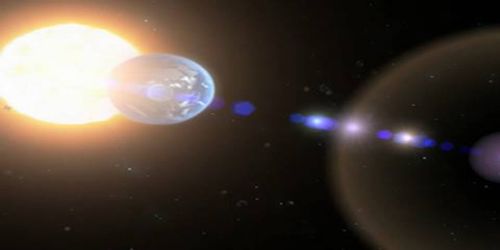 Theory of Relativity in Journey to Space

To an observer on earth, the two events occur at two different places. So, time measured by a person, time dilation.

According to the time dilation theory, an actual time interval in watches of the astronaut will be,

So, when the astronauts will arrive at the Alpha Centauri, then their ages will increase by 1.4 years, but not 4.5 years as measured by the observer on earth.

Effective uses of instruments related to Information and Communication