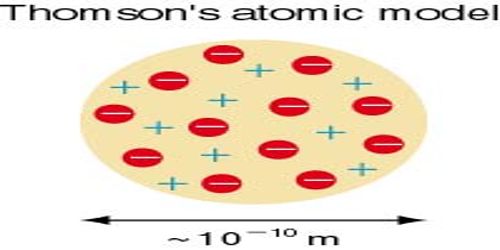 Famous English scientist Joseph J. Thomson after the discovery of electrons in 1897 presented a model about the structure of the atom. This model is known as Thomson model. This model was popular among the scientists until the publication of the deflection experiment of an alpha particle in 1911 by the physicist Ernest Rutherford. In this atomic structure model, he considered atoms to have a cloud of negative charge and the positive charges. He along with Rutherford was also the first to demonstrate the ionization of air by X-rays. Thomson’s model of an atom is similar to plum pudding model or a watermelon. The known properties are: 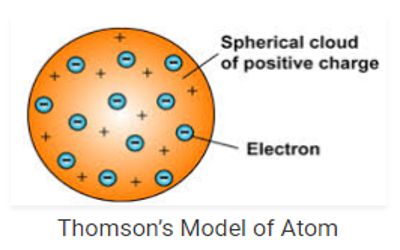 Thomson’s principal proposal was that atoms were uniform spheres of positively charged matter in which electrons were embedded [Figure]. A resemblance to this is the case in which raisins are distributed all over. Here the cake is the positively charged sphere and raisins are the electrons. As the mass of raisin inside the cake negligible, same is the case with telethon in the atom. According to Thomson the whole mass of the atom is due to the mass of the sphere. But this model could not explain the deflection experiment. Performed by Lord Rutherford and his associates and hence the model lost Acceptability.