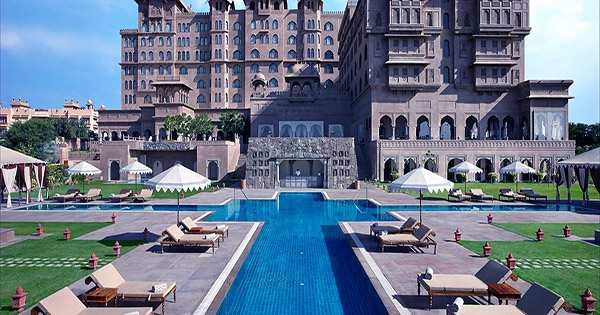 At the beginning of last year’s lockdown, we all had such great plans for ourselves. We were going to write novels, or we were going to revolutionize physics, or we were sewing a truly medieval masterpiece from scratch. But when the world began to open up, what did we do? Many of us haven’t dealt with banana bread and an art-influencing amount of nostalgia more than porn. Well don’t worry: it looks like you won’t have much time to do something huge. In Zhuhai City, China, the China State Construction Engineering Corporation (CSCEC) recently built a seven-story, 112-bed hotel and it took them just twelve days to complete.

How do they manage such a huge enterprise? Okay, they took a kind of shortcut: the hotel was built using a technique called modular construction. This is when part of a building, or “module”, is pre-fabricated in a factory and put together on-site it’s basically the IKEA flat-pack for building construction.

Like building a car,” explains a statement from the company, about 80% of the building process that would normally be done on-site was transferred to the CSCEC’s automated intelligent factory and all the human construction workers were then slotted together.

The CSCEC says it not only speeds up the construction process, it also improves the accuracy and quality of the building. This is mainly because automatic production eliminates human errors, allowing a precise design to be replicated exactly in a controlled environment.

And for this hotel, the process was further optimized: the technology used in the factory made it possible to digitally manage the construction of modules throughout the manufacturing process, meaning that any errors could be fixed instead of changing in real-time. The building was completed. Another advantage of this method is low waste and energy consumption – it is a much more green way of construction. A recent UK government report found that modular construction uses 20 to 30 percent less energy than conventional building methods, but the CSCEC estimates that they halved the use of energy otherwise used in construction.

The initial foundation concrete took 72 hours to pour and the final building was completed in 12 days, making the hotel a success story of CSCEC’s Maximum Information Coefficient (MIC) technology.