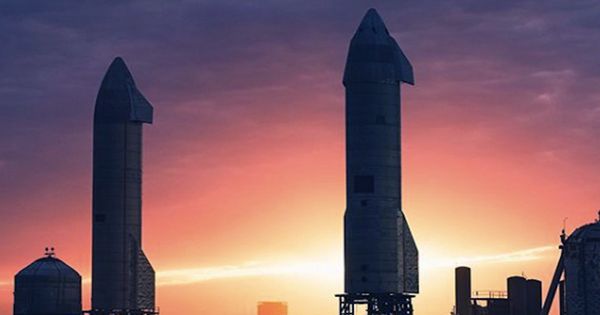 For the first time, a SpaceX Mars rocket prototype has successfully landed without an explosion. The fifth high-altitude test for the company’s next-generation starship has finally been a resounding success. The SN15 spaceship prototype is expected to one day take people from Starbase, Texas, to Mars on May 5 and reach an altitude of about 10 kilometers (6 miles).

At this height, it began to rotate for a short time before slowly returning to Earth, before reversing horizontally. This return was the most important part. As soon as it reached the launchpad, the three-engine rocket returned to its vertical position and returned to the terra firma, powered by its two raptor engines.

Its closest SpaceX had previously returned in March with the SN10 but unfortunately, it exploded after touching down. The first high-altitude test aircraft, the SN8, was back in December 2020 when it exploded on landing. SN9 and SN11 met with the same outcome. The eruption of the SN11 also raised considerable environmental concerns as debris from the eruption in the Lower Rio Grande Valley National Wildlife Refuge Area rained down.

Starships SN12, SN13, SN14 are still being assembled so that the space agency can move forward with SN15, which has been significantly upgraded compared to the previous ones. A future version of the spacecraft is expected to take NASA astronauts from the moon as part of the Artemis mission, but other private space agencies are currently battling NASA over the deal in SpaceX. The roughly 16-story test vehicle – called Starship Serial No. 10, or SN10 – was lifted at 5:14 a.m. on Wednesday. As it climbs it shuts off one engine and then another. The rocket stays at the top of its plane for about 30 seconds and cuts off its last engine, giving off a tip, and the belly flops toward the ground.

As the rocket approached the ground, its raptor engines re-ruled, the SN10 overturned straight, and slowly lowered it to the landing pad. “It’s the third time I’ve heard the word,” SpaceX’s chief integration engineer, John Inspector, announced on the company’s livestream.