Home Business What is a Trademark? 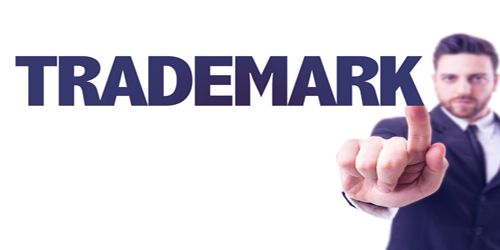 A trademark is a mark that distinguishes an enterprise product or service from other enterprises. A trademark is a type of intellectual property that consists of a recognizable mark, design, or concept that identifies products or services of a particular source from another, although trademarks used to identify services are usually called service marks. A trademark exclusively identifies a product as belonging to a specific company and recognizes the company’s ownership of the brand. In the interest of corporate identity, trademarks are often displayed on company buildings. It is legally recognized as a kind of intellectual property.

A trademark can be a corporate logo, a slogan, a brand, or just a product name. Unlike patents, which are granted for 20 years, trademarks never expire. To claim protection from copyright, however, companies must apply for them and obtain ownership confirmation with the U.S. Patent and Trademark Office. The first legal law relating to trademarks was passed in 1266 during the reign of Henry III, requiring all bakers to use a distinctive mark for the bread they sold. The first modern trademark laws arose in the late 19th century. In France, in 1857, the world’s first comprehensive trademark system was adopted by law. Trademarking, however, has some vague boundaries because it prohibits any sign that there is a “possibility of confusion” with an existing one. No business can use a symbol or brand name if it looks the same, or has the same meaning as the one already in the books, especially related to the product or service. The 1938 Act, which served as a model for similar legislation elsewhere, contained other related novel concepts such as “related trademarks”, consent to the use of the system, a defensive mark system, and the right not to claim. Over time, trademarks become synonymous with a company name, so you don’t even have to look at the name to identify a specific business. Using Apple as its logo, it thinks of Apple’s size as the logo featuring Nike in all of its products or as the golden arch of McDonald’s registered decades ago.

Can be used to indicate symbols and trademarks; The latter is for use only registered by the owner of the trademark. The fact that we can easily associate symbols and words with companies and their brands is one of the biggest benefits of using them. When a customer sees a familiar logo or phrase, they have instant recognition that can drive the desired and ultimately the sale.

Hiring Top Startup Talent on a Budget during the Great Resignation