Home Chemistry What is the Nucleus of Atom? 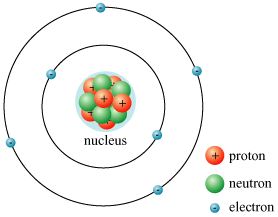 The nucleus, that intense inner core of the atom, surrounds both protons and neutrons. Electrons are exterior the nucleus in energy levels. Protons have a positive charge, neutrons have no charge, and electrons have a negative charge.

Define and Describe on Electron Affinity