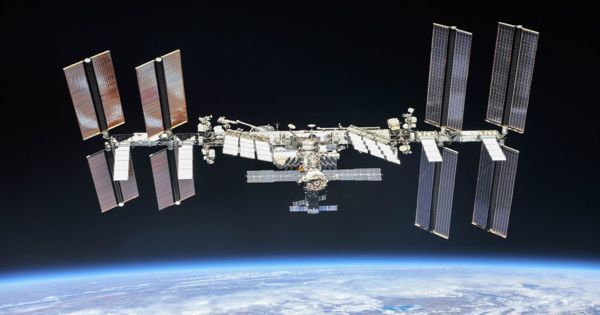 The 22nd SpaceX cargo resupply mission, carrying scientific research and technology demonstrations to the International Space Station, is scheduled to launch on June 3 from NASA’s Kennedy Space Center in Florida. Experiments on board include determining how water bears tolerate space, determining whether microgravity affects symbiotic relationships, and examining the formation of kidney stones, among other things.

Highlights of the payloads on this resupply mission include:

Tardigrades, also known as water bears due to their appearance under a microscope and common habitat in water, are tiny creatures that can withstand harsher environments than most life forms. As a result, they serve as a model organism for research into biological survival under extreme conditions on Earth and in space. Furthermore, scientists have sequenced the genome of the tardigrade Hypsibius exemplaris and developed methods for determining how different environmental conditions affect tardigrade gene expression.

The findings could contribute to a better understanding of the stressors that affect humans in space and aid in the development of countermeasures. “Spaceflight can be a really challenging environment for organisms, including humans, that have evolved to the conditions on Earth,” says lead researcher Thomas Boothby.

“One of the things we are really keen to do is understand how tardigrades are surviving and reproducing in these environments and whether we can learn anything about the tricks that they are using and adapt them to safeguard astronauts.”

Symbiotic squid and microbes in microgravity

UMAMI investigates how spaceflight affects the molecular and chemical interactions between beneficial microbes and their animal hosts. Microbes play an important role in the normal development of animal tissues as well as in the maintenance of human health. “Animals, including humans,” says UMAMI principal investigator Jamie Foster, “rely on our microbes to maintain a healthy digestive and immune system.” “We don’t know how spaceflight affects these beneficial interactions. The UMAMI experiment employs a glow-in-the-dark bobtail squid to address these critical animal health issues.”

Euprymna scolopes, the bobtail squid, is an animal model used to study symbiotic relationships between two species. This study seeks to determine whether spaceflight alters the mutually beneficial relationship, which could aid in the development of protective measures and mitigation to protect astronaut health during long-duration space missions. The research could also lead to a better understanding of the complex interactions between animals and beneficial microbes, such as the discovery of new and novel pathways that microbes use to communicate with animal tissues. Such knowledge could help identify ways to protect and enhance these relationships for better human health and well-being on Earth as well.

Butterfly IQ Ultrasound is a microgravity demonstration of the use of a portable ultrasound in conjunction with a mobile computing device. The investigation gathers feedback from the crew on the ease of use and quality of the ultrasound images, including image acquisition, display, and storage.

“This type of commercial off-the-shelf technology could provide important medical capabilities for future exploration missions beyond low-Earth orbit,” says Kadambari Suri, integration manager for the Butterfly iQ Technology Demonstration. “The investigation also looks into how effective just-in-time instructions are for the crew’s autonomous use of the device.” The technology could also be used to provide medical care in remote and isolated areas of the world.

Pilote, a study conducted by the European Space Agency and the Centre National d’Etudes Spatiales (CNES), examines the effectiveness of remote operation of robotic arms and space vehicles through the use of virtual reality and haptics-based interfaces, or simulated touch and motion. Because designs from Earth-based testing would use ergonomic principles that would not fit the conditions experienced on a spacecraft in orbit, testing of the ergonomics for controlling robotic arms and spacecraft must be performed in microgravity. Pilote compares old and new technologies, such as those recently developed for teleoperation and those used to pilot the Canadarm2 and Soyuz spacecraft.

The investigation also compares astronaut performance on the ground and during long-duration space missions. Results could help optimize the ergonomics of workstations on the space station and future space vehicles for missions to the Moon and Mars.

Protecting kidneys in space and on Earth

Some crew members are more prone to kidney stones while in flight, which could jeopardize their health and the mission’s success. The Kidney Cells-02 study employs a 3-D kidney cell model (or tissue chip) to investigate the effects of microgravity on the formation of microcrystals, which can lead to kidney stones. It is part of the Tissue Chips in Space initiative, a collaboration between the ISS U.S. National Laboratory and the National Institutes of Health’s National Center for Advancing Translational Sciences (NCATS) to study the effects of microgravity on human health and apply what they learn to improve human health on Earth.

This research could uncover critical pathways of kidney disease development and progression, potentially leading to therapies to treat and prevent kidney stones in astronauts and the one in every ten people on Earth who develop them.

“We hope to identify biomarkers or’signatures’ of cellular changes that occur during kidney stone formation with this study,” says principal investigator Ed Kelly. “This could result in novel therapeutic interventions. The reason for conducting this research on the space station is that the microcrystals behave similarly to what happens in our own kidneys, which means they stay suspended in the kidney chip tubes rather than sinking to the bottom, as they do in labs on Earth.”

Cotton plants that overexpress a specific gene are more resistant to stressors like drought and yield 20% more cotton fiber than plants that do not have that trait under certain stress conditions. This stress resistance has been linked to having a more developed root system that can tap into a larger volume of soil for water and nutrients. The Targeting Improved Cotton Through On-orbit Cultivation (TICTOC) project investigates how root system structure affects plant resilience, water-use efficiency, and carbon sequestration during the critical seedling establishment phase.

Root growth patterns depend upon gravity, and TICTOC could help define which environmental factors and genes control root development in the absence of gravity.

Cotton is used in a wide range of consumer products, from clothing to bed sheets and coffee filters, but its production requires a lot of water and a lot of agricultural chemicals. “We hope to uncover features of root system formation that can be targeted by breeders and scientists to improve characteristics like drought resistance or nutrient uptake, both of which are important factors in the environmental impacts of modern agriculture,” says principal investigator Simon Gilroy. Improved understanding of cotton root systems and associated gene expression could lead to the development of more robust cotton plants while also reducing the use of water and pesticides.

New solar panels are being delivered to the station in order to increase the amount of energy available for research and other onboard activities. The ISS Roll-out Solar Array (iROSA) is made up of compact panels that roll open like a long rug, based on technology previously demonstrated on station. The Expedition 65 crew will begin preparations this summer to supplement the station’s existing rigid panels with the first pair of six new arrays.