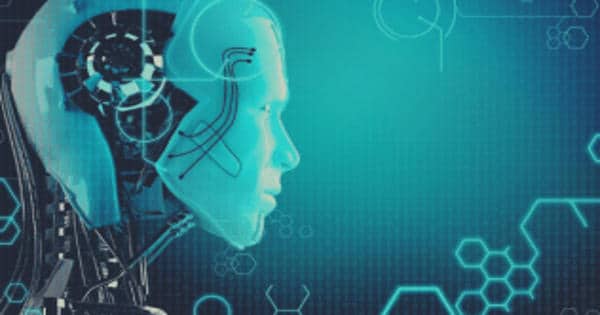 The convergence of new 5G communication technologies and AI-based systems heralds the arrival of a “smart generation” of vehicles, drones, and even entire cities. Researchers have now taken things a step further by introducing a 5G-assisted emotion detection system that makes use of wireless signals and body movement. They outline its working principle, application prospects, and potential security threats in their most recent publication, emphasizing the need for a robust, impregnable AI algorithm to drive it.

With the introduction of 5G communication technology and its integration with AI, we are witnessing the beginning of a new era in which people, machines, objects, and devices will be more connected than ever before. Smart facilities and services, such as self-driving cars, smart UAVs, and intelligent healthcare, will define this smart era. This is the result of a technological revolution.

However, the downside of such a technological revolution is that AI can be used to attack or threaten the security of 5G-enabled systems, which can greatly compromise their reliability. Before a smart world can be realized, it is critical to investigate such potential security threats and explore countermeasures.

With the introduction of 5G communication technology and its integration with AI, we are witnessing the beginning of a new era in which people, machines, objects, and devices will be more connected than ever before. Smart facilities and services, such as self-driving cars, smart UAVs, and intelligent healthcare, will define this smart era. This is the result of a technological revolution.

In a recent study published in IEEE Network, a group of researchers led by Prof. Hyunbum Kim from Incheon National University in Korea address such issues in relation to 5G-I-VEmoSYS, an AI-based, 5G-integrated virtual emotion recognition system that detects human emotions using wireless signals and body movement. “Emotions are a critical human characteristic that distinguishes humans from machines, defining daily human activity.” However, some emotions, such as those of an inebriated driver, can disrupt the normal functioning of a society and endanger people’s lives.

Prof. Kim explains that “emotion detection technology has great potential for recognizing any disruptive emotion and, in tandem with 5G and beyond-5G communication, warning others of potential dangers.” “For example, in the case of an unstable driver, the car’s AI-enabled driver system can notify nearby network towers, from which nearby pedestrians can be notified via their personal smart devices.”

5G-I-VEmoSYS, Prof. Kim’s team’s virtual emotion system, can recognize at least five types of emotion (joy, pleasure, a neutral state, sadness, and anger) and is made up of three subsystems that deal with the detection, flow, and mapping of human emotions. The detection system is known as the Artificial Intelligence-Virtual Emotion Barrier or AI-VEmoBAR, and it detects emotions by reflecting wireless signals from a human subject.

One notable advantage of 5G-I-VEmoSYS is that it detects emotions without revealing the subjects’ faces or other private parts, thereby protecting citizens’ privacy in public places. Furthermore, in private areas, it allows the user to remain anonymous while providing information to the system. Furthermore, when a serious emotion, such as anger or fear, is detected in a public place, the information is quickly transmitted to the nearest police department or relevant entity, which can then take steps to prevent any potential crime or terrorism threats.

However, the system has serious security flaws, including the possibility of illegal signal tampering, anonymity abuse, and hacking-related cyber-security threats. Furthermore, the risk of sending false alarms to authorities persists.

While these concerns do jeopardize the system’s reliability, Prof. Kim’s team is confident that they can be addressed with additional research. “This is only a preliminary investigation. “In the future, we must achieve rigorous information integrity and develop robust AI-based algorithms that can detect compromised or malfunctioning devices and offer protection against potential system hacks,” Prof. Kim explains. “Only then will people be able to live safer and more convenient lives in the advanced smart cities of the future.”