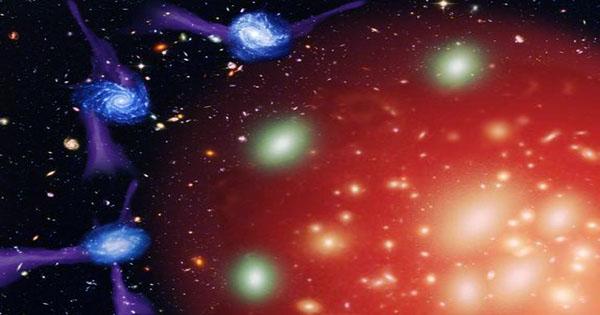 Even though their current stars are still producing plenty of light, astronomers refer to galaxies that have stopped creating new stars as “dead.” The reason for a major galaxy die-off in the Virgo Cluster, the closest very massive concentration of galaxies to us, has now been discovered. Many galaxies in the Virgo Cluster, as well as others in closely packed settings, have been known to be dead since the 1970s, but the causes have remained a mystery. A huge multinational team has blamed superheated plasma for strangling the life out of the cluster’s galaxies, or maybe one would say, starving them of food, in a work expected to publish in the Astronomical Journal Supplement (preprint on arXiv.org).

“We know that galaxies in the most severe conditions suffer greatly, losing their gas reservoirs and finally losing their ability to generate new stars. In a statement, co-author Dr. Claudia Lagos of the International Centre for Radio Astronomy Research stated, “For a galaxy, that’s the equivalent of dying.” However, astronomers previously could not determine if these galaxies were losing their cold gas reservoirs totally, or whether the gas was still present but disrupted in some manner, preventing star formation, according to Dr. Lagos.

The galaxies have been stripped of their gas, according to the research. “Gas stripping occurs when galaxies move so quickly through hot plasma in a cluster that massive quantities of cold molecular gas are stripped off the galaxy – as if the gas were being swept away by a big cosmic broom,” stated first author Dr. Toby Brown of the National Research Council of Canada. Lagos told IFLScience that galaxy clusters connected by a cosmic web, and plasma a thousand times hotter than the Sun flows to mass concentrations on the web, such as the Cluster.

The authors discovered that some galaxies were already dead, while others had another 1-2 billion years of star generation ahead of them in a sample of 51 galaxies, even the ones that still losing gas and will die young. According to Lagos, the Cluster has grabbed these galaxies; those that still have life in them are most likely the most recent captures. She did admit, though, that some might have been unusually rich in cold gas at first, allowing more reserves to take. “The advantage of having galaxies at various stages is that we can utilize the observations to create an evolutionary chronology,” she said to IFLScience.

The results come from the Virgo Environments Traced in Carbon Monoxide (VERTICO) Survey, which employed the massive Atacama Large Millimeter/submillimeter Array to study the carbon monoxide levels in the galaxies in question. CO is simpler to monitor than the more prevalent hydrogen and is considered to serve as a good tracer, despite the fact that it makes only a minuscule fraction of the star-forming cold gas. Astronomers had previously been in a dilemma similar to trying to explain rainfall abnormalities, according to Lagos. “We had rain data and could see pure air before, but now we can map clouds,” says the researcher.