Home Astronomy A Vanished Supernova Explosion will appear again in 2037 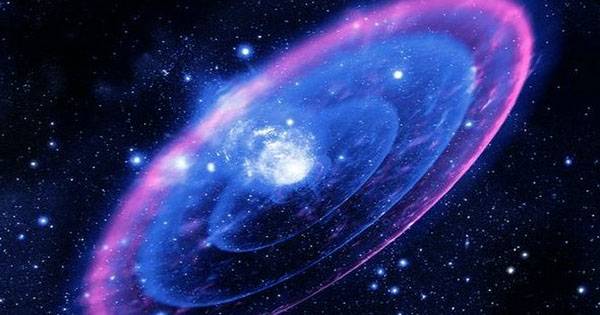 Predicting when a star will end in a stunning supernova with what we presently know about astronomy is practically difficult. However, there are some exceptions, such as the so-called Supernova Requiem, which astronomers believe will explode in 2037. What makes them think they can make such a prediction? The trick is that they’ve already seen it explode three times.

This may appear to be a sci-fi time-traveling effect, yet it is absolutely genuine. Gravitational lensing is the mechanism underlying it.

A big object, in this example a galaxy cluster, has the ability to warp space-time to the point where it works as a magnifying zoom lens in front of whatever is behind it. So a background object’s light is twisted, amplified, and split into several copies that arrive at different times. The lensing object in the case of Supernova Requiem is galaxy cluster MACS J0138.0-215. In 2016, the Hubble Space Telescope spotted and acquired three photographs of the supernova, each one depicting the illumination of the supernova at a distinct period during the explosion. By the year 2019, the supernova had dissipated.

In new research published in Nature Astronomy, astronomers anticipate that a fourth picture will appear around 2037.

This isn’t the first time a lensed supernova has been discovered repeating, but it’s still thrilling. Astronomers use these once-in-a-lifetime opportunities to study stars, gravity, and the unexplained components of the cosmos like dark matter and dark energy.

In a statement, principal researcher Steve Rodney of the University of South Carolina said, “This new discovery is the third case of a multiply photographed supernova for which we can actually estimate the delay in arrival times.” “It is the farthest away of the three, with an extremely long expected delay. We’ll be able to return to observe the final arrival, which we estimate will take place around 2037, plus or minus a few years.”

Because it is the closest to the cluster center, the last image of the supernova will take the longest to appear. That is the deepest point in the gravitational well generated by matter.

“Because it’s like a train that has to go deep into a valley and then climb back out, this is the last one to arrive. That is the slowest type of light travel “Rodney elaborated.

These observations have a lot of cosmic implications. Models of the distribution of dark matter in the cluster are required to precisely calculate when the fourth image will appear. The invisible matter that pervades the universe is known as dark matter. The light’s temporal delays reveal something about the universe’s accelerated expansion, which is thought to be produced by the equally mysterious dark energy.

The Eating Pattern of a Black Hole Reveals its Size