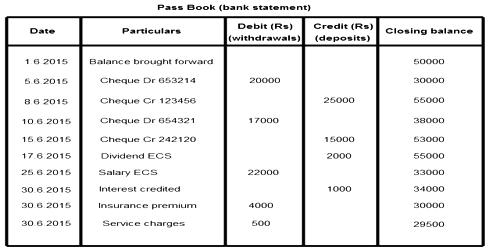 The following are several of the examples for the above statement

For example, the bank has credited ABC Company Limited’s account for interest amounting to $ 1000 on May 31, 2000. The bank prepares and sends a statement of account on May 31, 2000. If the client receives the statement of account on June 5, 2000, there will be a dissimilarity of $ 1000 between the balance shown by the cash book and the balance shown by the pass book.