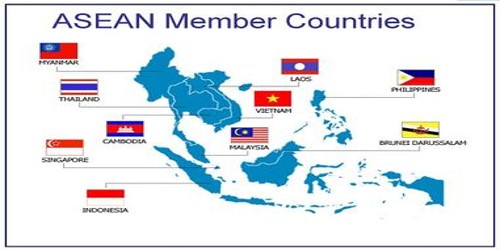 The Association of Southeast Asian Nations (ASEAN) was established in August 1967 to promote regional political and economic co-operation. It is an organization of countries in southeast Asia set up to promote cultural, economic and political development in the region. ASEAN was officially formed in 1967 with the signing of the Bangkok Declaration. Its founding members were Brunei, Indonesia. Malaysia. Philippine’s, Singapore, Thailand, Cambodia, and Laos, Myanmar and Vietnam Joined during in 1990. These countries are by no means homogeneous. 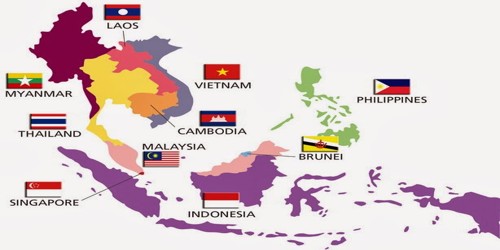 Oil in 2001, oil vich Brunec the per capital income was $ 18,000 while Vietnam was only $ 410. To promote intra ASEAN trade members established the ASEAN Free TRADE, AREA (AFTA) effectively January 1, 1993. AFTA members promised to slash their tariffs to 5 percent or less or most manufactured goods by 2003 and all goods by 2011.

However to qualify for the preferential tariffs at least 40 percents of the value added for the goods must be performed within AFTA. With the Mercosur Accord and the Andean pact, creation of the ASEAN trading community stems from two factors a decrease in government control of national economics that has stimulated the local entrepreneurs and attracted FDI, and a defensive response to the growth of other regional trading blocs such as the EU and NAFTA.

Inter ASEAN trade currently represents about 23 percents of total trade for the group as a whole and is growing quickly. Recent meetings of ASEAN country ministers have addressed trade in services, removal of nor tariff barriers and the creation of an ASEAN free Investment Area. ASEAN increased its importance in the world market in 2003 by signing a free trade pact with China, with the first set of tariffs cuts to commerce in 2004.

As with other new trading blocs, firms have reacted quickly to take advantages created by AFTA. Shortly after the agreement was negotiated tot instance Philippine beer San Miguel, which controls 90 percent at its home market. Purchased Jakarta based Delta brewery which controls 40 percents of the Indonesian beer market by moving rapidly. San Miguel hoped to dominate the entire ASEAN market prior to the fall of tariff rated triggered by AFTA.

Advantages and Disadvantages of Debentures