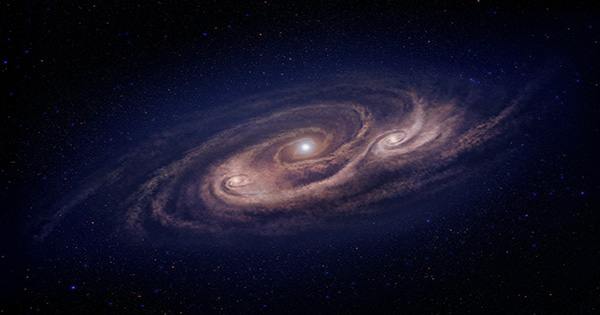 Thousands of planets have been discovered in our galaxy beyond the solar system during the last three decades, with new ones revealed every week. The existence of planets in other galaxies is a frequent question in this science. While some speculative observations have yielded candidates elsewhere, a new study claims to have discovered the Whirlpool Galaxy’s first candidate. This candidate detection research was reported in Nature Astronomy.

The scientists discovered a decrease in the luminosity of M51-ULS-1, a brilliant X-ray source. In the Whirlpool Galaxy, the source is most likely a neutron star or a black hole orbited by a massive star (M51). According to the astronomers, the hypothetical planet orbits both of these objects. It eclipses the X-ray source as it passes around the two objects, causing a brightness decrease.

“We discovered that one of the bright X-ray sources had a transit, which looks to be due to the passage of a planet in front of it,” lead author Dr Rosanne Di Stefano of the Harvard-Smithsonian Center for Astrophysics told IFLScience. Exoplanet detection tools in the Milky Way are insufficient to identify a planet 23 million light-years away.

This is why the team had to look for them using X-ray sources. These are bright enough to see planets in their immediate vicinity. However, because XRBs are highly variable, drops in luminosity do not always indicate the presence of a planet. However, because planets have been discovered in such a diverse range of conditions, the scientists hypothesized that some of the many dips seen by observatories could be planets.

“We’ve been screening for other intriguing impacts as well because it’s a big job. However, it is true that one of our primary objectives was to look for evidence of planets “IFLScience spoke with Dr. Di Stefano about it. The object only observed this eclipse once. Only after several detections is confirmation given. The team-utilized models to try to figure out more about the source based on the signal. While the researchers cannot rule out the chance that the eclipsing body is a substellar object like a brown dwarf, the best option so far is a planet with a radius similar to Saturn.

To confirm exoplanets in the Milky Way, a second detection method is required, which is difficult at such great distances. For the time being, this hypothetical planet will remain unconfirmed. “At these distances and with the tremendous amount of crowding in these distant galaxies, the detection methods utilized for local planets will fail. Extending the searches to find other systems is the best way. Some of them are likely to reoccur and have shorter orbital periods “IFLScience spoke with Dr. Di Stefano.

Many of these candidate detections can be made using existing data, particularly inside our own galaxy, where the potential existence of planets surrounding XRBs can be confirmed using other methods.