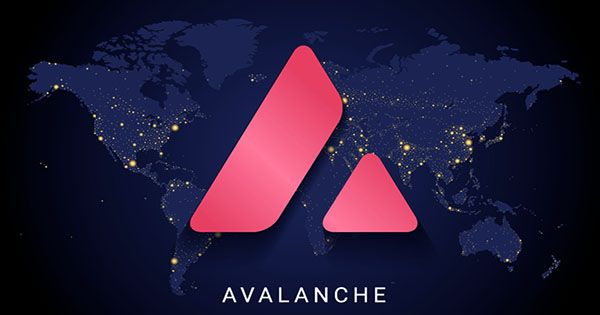 Avalanche, a new blockchain focusing on speed and low transaction fees, has concluded a $230 million private sale of AVAX tokens to a number of well-known crypto investors. The investment is being led by Polychain and Three Arrows Capital. The private sale was finalized in June 2021, and the Avalanche Foundation is now announcing it. R/Crypto Fund, Dragonfly, CMS Holdings, Collab+Currency, and Lvna Capital are among the other participants in the private auction.

The proceeds from the private sale will go toward supporting the Avalanche ecosystem, which is still in its infancy as compared to the Ethereum blockchain, for example. The foundation intends to use grants, token purchases, and other kinds of funding to assist DeFi (decentralized finance) projects as well as enterprise applications. Avalanche, like Solana and other newer blockchains, aims to address the scalability difficulties that plague older blockchains. For example, if you tried to buy an NFT on the Ethereum blockchain recently, you most likely paid $50 to $100 in transaction costs, often known as gas fees.

The Avalanche Foundation promotes its blockchain as a viable Ethereum substitute. Dapps (decentralized apps) can be executed for a fraction of the cost and with a lot shorter time to completion. Smart contracts are supported by Avalanche, which is an important feature for DeFi applications. When competing with Ethereum and other blockchains, having greater performance is only part of the challenge. Avalanche must also attract developers and establish a strong developer community in order to become the infrastructure for other cryptocurrency initiatives.

That’s why Avalanche wants to make porting your Ethereum Dapp to Avalanche as simple as possible. Avalanche’s smart contract chain executes Ethereum Virtual Machine contracts, so if you’re already active on the Ethereum blockchain, you can reuse some of your code.

Similarly, by modifying API endpoints and providing support for a new network, applications that query the Ethereum network can be converted to support Avalanche. The Avalanche team is also working on a bridge that will allow Ethereum assets to be transferred to the Avalanche network. This bridge has moved the equivalent of $1.3 billion in crypto assets.

Those are purely technical motivations. In terms of monetary incentives, private sales and grants may be used to pique developer interest. According to the Avalanche Foundation, the platform is presently supported by 225 companies, including notable crypto projects such as Tether, SushiSwap, Chainlink, Circle, and The Graph that already run on other blockchains. Avalanche is also used by Topps, an NFT-based game with MLB and Bundesliga ties. According to CoinMarketCap, Avalanche and its underlying token AVAX are now the 14th most valuable cryptocurrency by total market capitalization. Avalanche is ahead of Algorand and Polygon, but behind Polkadot and Solana, with a market cap of $13 billion.