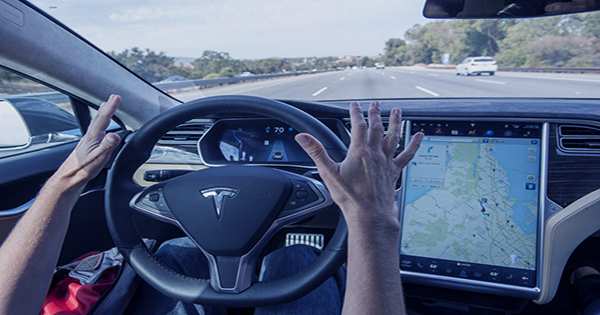 This is just the second day of this year’s Consumer Electronics Show (CES) and an “accident” has already occurred. Among the dramatic manifestations of exosuits, foldable smartphones, and suitcases that keep haunting you around the airport, the fate of a poor humanoid worsens – it’s the latest victim of a self-driving car. The Model V4 robot was unveiled at CES by a Russian company called Promobot, which specializes in autonomous robot design. Unfortunately, this did not last long.

As it was hit by a Tesla Model S while going to the booth on Monday evening the agency announced the news on Twitter, “See a Tesla model S @elonmusk hit and killed an innocent robot in Vegas. The damage is beyond repair, according to a company spokesman. Oleg Kivokurtsev, Promobot’s Development Director, has said, “Of course we’re scared. We’ve got this robot from Philadelphia here to take part in the CES.”

“Now it neither can participate in the event not [sic.] To be recovered. We’ll do an internal investigation and find out why the robot went off the roadway.” We have to say, the hit seems to be a gentler knock and the robot itself doesn’t seem to be too damaged from the video. In fact, from a few comments online it seems we just don’t have our doubts.

If this is really a promotional stunt, this is not the first time the company has run such a strategy. In 201, a Promobot took a break for the robot, heading to nearby traffic, probably as a bid to escape the hands of human creators. Simply – for convenience – the same thing happened when a promotional message was transmitted through a board’s sound system at the same time, alerting many people to its true purpose.