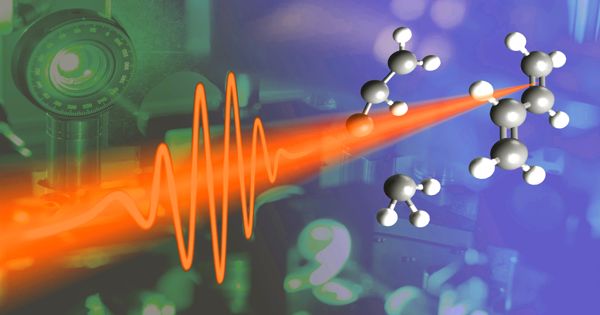 Ultrafast laser pulses are used to control by Electron

Researchers at Lund University and Louisiana State University have developed a tool that makes it possible to control extreme UV light-light with much shorter wavelengths than visible light.

Something very exciting happens when light hits electrons: they start to move, and when they do that they reemit the light again. Ultimately, current control is one of the most important components as it is responsible for data and signal transmission. The electron, which is very small, can easily follow the fast light oscillations. Controlling the flow of electrons using light waves instead of voltage signals, as is now the case, could make this dream a reality. However, reemitting the light takes some time, and during that time the electrons can be controlled so that they emit the light in a different direction.

The advantage is that electromagnetic light waves oscillate at petaherz frequency. This means that computers in the future could operate at speeds a million times faster than those of today. “This means we can control the properties of the light, for instance, change the direction, change the pulse duration, split the light or focus it, ” says Johan Mauritsson.

Yet it isn’t that strange that many details are still unknown. You cannot probe shorter time intervals than the time it takes for the light to make one oscillation. This makes it impossible to use visible light to follow electron dynamics since one oscillation takes about 2 femtoseconds or 10-15 seconds. During that time, the electron circles the nuclei more than 13 times. We, therefore, need a light that oscillates much faster, i.e. with shorter wavelengths.

This technique to control the light is new and there is still a lot to improve.

“Right now we are working on improving the time resolution with various experiments with XUV light, for instance for free-electron lasers. However, our main focus is on developing the technique so we can learn more about the light/electron interaction. But who knows, in 50 years we may all be using ultrafast optics in our everyday lives”, concludes Samuel Bengtsson, a Ph.D. student in atomic physics.

TikTok is Launching Delivery-Only Restaurants across the U.S. in March