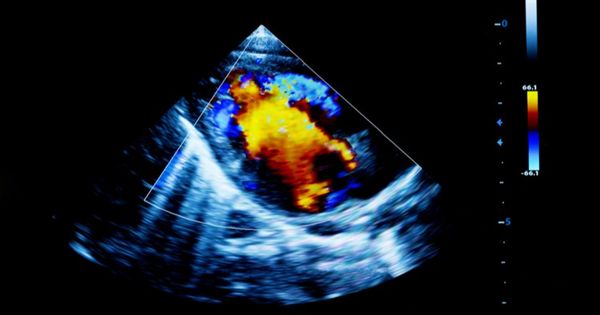 Ultrasonic imaging is a commonly used instrument for detecting, localizing, and characterizing the inhomogeneity of materials with significant uses in many fields. This challenge is especially difficult when imaging in a dynamic medium where the ultrasonic wave is dispersed by a substrate microstructure, preventing the identification and characterization of vulnerable targets. Fundamentally, the maximum information that can be collected experimentally from each material area consists of a series of reflected signals for various incident waves. However, these data are not directly accessible from raw observations, which constitute a superposition of the reflections of all the dispersers in the medium.

Researchers have demonstrated a new technique for creating ultrasound images. The new approach is substantially simpler than existing techniques and could significantly drive down technology costs.

“Conventional ultrasound devices have a receiver that senses ultrasonic waves and transforms them into an electrical signal, which is then sent to a computer that processes the signal and converts it into an image,” says Xiaoning Jiang, co-author of the paper on the work and Duncan Distinguished Professor of Mechanical and Aerospace Engineering at NC State. “We have developed a system that effectively prevents all electrical signal processing.”

Specifically, researchers have built a receiver that combines a piezoelectric crystal and an organic light emitting diode (OLED). When an ultrasonic pulse strikes a crystal, it generates a voltage that allows the OLED to light up. In other words, the picture appears on the OLED panel that is integrated into the receiver itself.

Ultrasound imaging uses sound waves to make pictures of the interior of the body. It is used to help identify the causes of pain, swelling and inflammation of the internal organs of the body and to study the baby in pregnant women and the head and hips in babies. Since ultrasound scans are taken in real time, they will also reveal the movement of the body’s internal organs as well as the flow of blood into the blood vessels. It is also used to help guide biopsies, detect cardiac problems and measure injury after a heart attack. Ultrasound is healthy, non-invasive and does not use ionizing radiation.

“Our project is a proof-of-concept, so we built it with an OLED array of 10 pixels by 10 pixels; the resolution isn’t perfect,” says Franky So, co-author of the report. “However, I can conveniently render 500 pixels by 500 pixels, improving the resolution significantly.” Walter and Ida Freeman are distinguished professors of materials science and engineering at NC State.

“Conventional ultrasound imaging probes will cost upwards of $100,000 because they contain thousands of transducer array components that push up production costs,” So says. “We will make an ultrasound receiver-display machine for $100 or so.”

“This is actually a brand new area for ultrasound, so we’re only starting to discuss future applications,” Jiang says. “However, there are clear near-term uses, such as non-destructive testing, assessment, and inspection in the form of systemic health control.”

How Two-Factor Authentication Can Protect You from Account Hacks