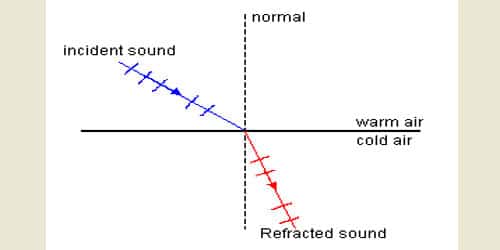 Reflection of sound is based on the two laws and they are:

It is easier to hear the sound during the night than during the day-time.

The refraction of a sound wave can change speed and direction, for example – light traveling from air into water.

Following are the practical applications of reflection of sound waves are:

Define Torque and Moment of the Torque or Couple

Types of Equilibrium of Bodies