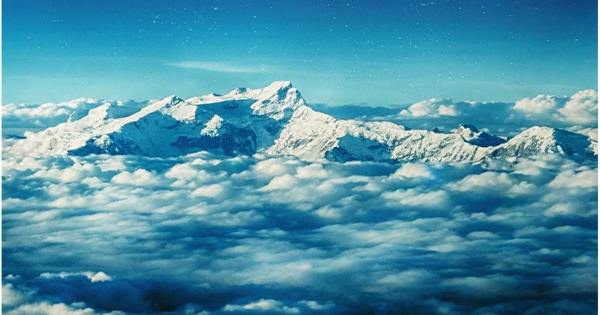 The Himalayan region has the highest peak of any mountain in the world and it has the largest reserve of glacier ice outside the Arctic and Antarctic circles, sometimes calling it the “Third Pole”. However, being so high and isolated, the region has not been protected from industrial air pollution.

The study, published in the Environmental Science and Technology Letter, found that 26 percent of all airborne particles were turbulent, which is bad news for a variety of reasons.
A new study has analyzed the composition of particles in the air over the mountains across India, Pakistan, Afghanistan, China, Bhutan, and Nepal and discovered the abundant and disturbing presence of brown carbon “turbulence”.

Brown carbon is carbon mixed with oxygen but there are also traces of other elements such as nitrogen, sulfur, and potassium. It is primarily produced by burning biomass or plants and ends up forming wire, small, organic spheres across just a few hundred nanometers. The carbonaceous substances in the atmosphere are divided into black carbon and brown carbon. Black carbon is a fine particle that is essentially pure carbon. It is usually formed in incomplete combustion at high temperatures and is a major component of glass.

This aerosol tracks how air mass trajectories travel from China and India to the Tibetan Plateau and the Himalayas, Previous studies have long highlighted the effects of black carbon on the region. Brown Carbon has long been suspected of following the same path.

Air samples were taken at a remote high-altitude recording station in the northern Himalayas, and the team found that 26 percent of the thousands of particles were tarballs. They were able to attach an additional number of tarballs when increased levels of contamination occurred. They were even able to produce brown carbon using satellite data and wind patterns in the Indo-Gangetic plain, especially in the case of extensive wheat burning.

The particles were probably pressed towards the Himalayas before the rains and then before they landed on the ice of the Tibetan Plateau where the Qomolangma Research Center is located.

Researchers have suggested that based on this work, future climate models should include the transport of long-distance traverses for a more accurate picture. This turbulence is both light and heat-absorbing, making it harder for snow and ice to reflect the sun’s rays and making glaciers easier to melt.