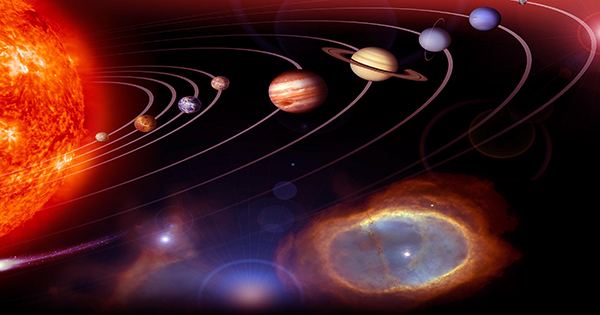 An international team of astronomers has discovered an incredible star system. The orbits of the six planets are the stars TOI-178 and the five outer orbits in perfect harmony, a phenomenon known as resonance. Other planetary systems have been observed to resonate, but this is the first time that the planets involved are so wildly different from each other. The study, published in Astronomy and Astrophysics, found that the five outer planets are in an 18:9:6:4:3 chain of resonance.

The resonance of 2: 1 means that there are two internal ones for each orbit of the outer planet. In the case of TOI-178, this means that for every three orbits by an extraterrestrial planet, the next one makes four, the next one makes six, the next one makes nine, and the last one (second from the stars) makes 18. Using combined data from the European Space Agency’s (ESA) Chops mission as well as NASA’s planet-hunting TESS and ESO’s very large telescopic espresso instruments, it has been determined not only the specific characteristics of planetary orbits but also that they are all different. Something that goes against the expectations astronomers had for these types of systems.

Co-author and ESA project scientist Kate Isaak said in a statement, “This is the first time we’ve observed something like this.” “In the few systems we know of with such harmony, the density of the planets decreases steadily as they move away from the stars. In the Toi-178 system, a dense, terrestrial planet like Earth is seen right next to a very bright planet similar to Neptune after half the density of Neptune. “

Lead author Adrien Leleu of the University of Bern, the University of Geneva, and the National Center of Competence in Research Planets added, “Thus, the system became one that competed with our understanding of the structure and evolution of planetary systems.”

The incredible quest was littered with drama and danger. Preliminary calculations based on observations from the first set of observations of the CHEOPS Space Telescope suggested the existence of a second outermost planet at a later time, so the team scheduled further observations with ESA’s satellites. That’s when things went sideways. That’s when things went sideways. The CHEOPS was threatened with damage or perhaps some kind of place was destroyed by debris.
The ESA had to stop all observations and avoid the orbit of CHEOPS orbit to get it out of the way.

Nathan Hara, co-author and astrophysicist from the University of Geneva explained, “But for our great relief, this strategy was done very efficiently and the satellite could resume observations just in time to catch the mysterious planet that passed by.” “A few days later, the data clearly indicated the presence of additional planets and thus confirmed that there were indeed six planets in the TOI-178 system.”