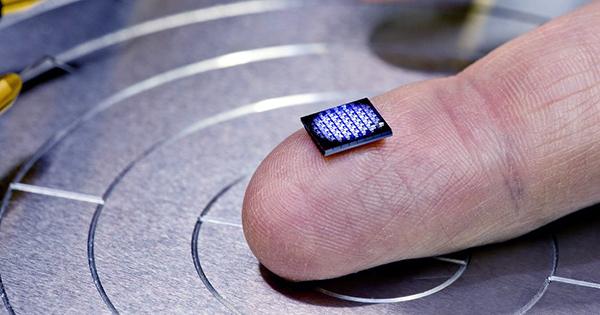 Researchers at the University of Princeton and the University of Washington have built a camera that is only half a millimeter broad but can generate photographs as well as a camera with a lens 500,000 times larger in volume. The technical advancement might be used to detect medical concerns or as a sensing device for ultra-small robots.

The camera is powered by a metasurface, as reported in an article published in Nature Communications. 1.6 million Cylindrical posts the size of a human immunodeficiency virus (HIV) particle coated on this substance. Each post is designed to function as an optical antenna. The camera would not be able to properly capture all of the light reflected off an item if this was not done.

After passing through the metasurface, the light arrives at an integrated optical surface, where it is processed by a signal-processing algorithm. The entire arrangement is dubbed Neural Nano-Optics, and it represents a considerable advancement above prior state-of-the-art micro-sized cameras.

In a statement, co-lead author Ethan Tseng, a graduate researcher at Princeton, stated, “It’s been a struggle to build and configure these microscopic microstructures to perform what you want.” “It was previously uncertain how to co-design the millions of nano-structures with post-processing algorithms for this unique purpose of acquiring huge field of view RGB photos.”

The team is currently working towards improving the camera’s computational capabilities. They not only aim to improve the image, but they’re also looking at ways to add capabilities like object detection and other aspects that might turn this into a game-changing tool for medical and robotics.

Researchers from Princeton University and the University of Washington have developed an ultracompact camera the size of a coarse grain of salt that has surmounted these challenges. The researchers stated in an article published Nov. 29 in Nature Communications that the novel system can create sharp, full-color images on par with a typical compound camera lens 500,000 times bigger in volume.

The technology might enable minimally invasive endoscopy using medical robots to detect and cure illnesses, as well as enhance imaging for other robots with size and weight limits, thanks to a collaborative design of the camera’s hardware and computer processing. Thousands of these cameras may employ to provide full-scene sensing, thereby converting surfaces into cameras.

While a standard camera bends light beams into focus with a series of curved glass or plastic lenses, the new optical system depends on a technology called a metasurface, which can be created similarly to a computer chip. The metasurface is half a millimeter across and studded with 1.6 million cylindrical posts, each about the size of a human immunodeficiency virus (HIV).

Each post is shaped differently and acts as an optical antenna. Accurately from the complete optical wavefront, each post must have a different design. The interactions of the posts with light combine with machine learning-based algorithms to provide the highest quality photos and largest field of vision for a full-color metasurface camera built to date.

The new declassified footage shows the biggest nuke ever exploded