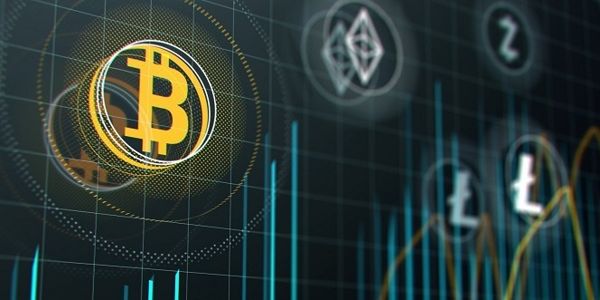 Russia, one of the world’s largest Bitcoin mining centers, has suggested a ban on all cryptocurrency operations in the country, thereby outlawing the purchase of bitcoin for fiat currency and prohibiting financial institutions from conducting any cryptocurrency transactions. The country’s central bank compared cryptocurrencies like Bitcoin to a pyramid scheme in a report released Thursday, stating, “Their price growth is substantially sustained by demand from new entrants to the market.”

The paper also observed that cryptocurrency’s insane volatility, which is a feature, not a defect, is “defined primarily by speculative demand for future growth, which causes bubbles,” endangering financial stability and citizens’ well-being. According to the Financial Times, Elizaveta Danilova, chief of the central bank’s financial stability department, said, “We believe it very crucial to ban utilizing Russian financial infrastructure to obtain cryptocurrencies.”

“We believe that by doing so, we will be able to mitigate a major portion of the risks and ensure that Bitcoin does not become as popular.” Now, Russia accounts for more than one-ninth of the worldwide “hashrate,” or the amount of computing power used by cryptocurrency networks, with the country accounting for an estimated $5 billion in cryptocurrency transactions. While cryptocurrency ownership will not be declared illegal, Danilova warned that officials would closely monitor its use.

The crackdown comes only months after China made a similar move in September of last year. The Chinese central bank recently barred all cryptocurrency transactions, effectively banning them altogether, after years of increasingly harsh anti-cryptocurrency regulation. Recently, EU officials have come out in favor of prohibiting the energy-intensive “proof of work” mining practice. Russia’s plan, like China’s, has sent cryptocurrency prices plummeting – bitcoin is currently at its lowest level since August.

According to Reuters, several cryptocurrency fans feel that a complete ban on cryptocurrencies is improbable in Russia and that a “more balanced” perspective will emerge once the issue considered in further depth. Russian officials, like their Chinese counterparts, are citing the country’s carbon-neutral aims as one of the reasons for the action — cryptocurrency mining activities presently consume more energy than many entire countries.

The central bank also stated that cryptocurrencies might increase inflation in the country by “reducing monetary policy sovereignty,” which could explain why the bank is intending to release its own digital rouble later this year. Meanwhile, Russia’s central bank governor, Elvira Nabiullina, told the Financial Times that she has long been a skeptic of cryptocurrencies’ infamous illegal market use.

“There are significant concerns of cryptocurrencies being used for money laundering and illicit operations,” she told the Financial Times last year. “We’ve spent a lot of effort cleansing the financial system of unlawful and dubious businesses.” “We cancelled a considerable number of bank licenses because they were doing questionable things like this.” “We’ve already solved this issue,” she continued. “We don’t want to allow it in by the back door,” says the narrator.