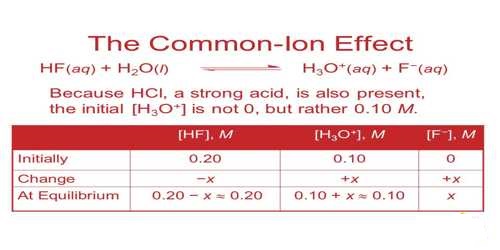 This may be illustrated with ethanoic acid and sodium ethanoate. In solution the following equilibrium is established:

If CH3OONa is added to the solution of ethanoic acid, it dissociates completely, since it is a strong electrolyte.