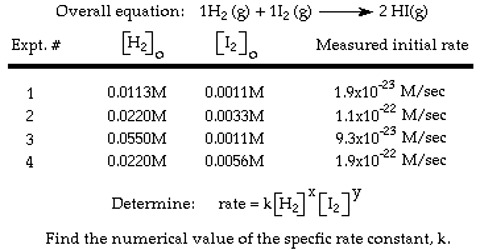 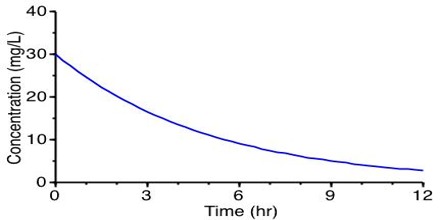 An illustration of such case is given below.

Example: In a series of experiments between nitric oxide and bromine

carried out at 273°C the following data were obtained:

Determine the rate law for the reaction and calculate the rate constant.

Solution: Since there are two reactants we can tentatively write the rate equation as follows:

The rate constant can be calculated using the data for any one of the experiments,

From the data for experiment 1 we get,

Solving for k, we have,